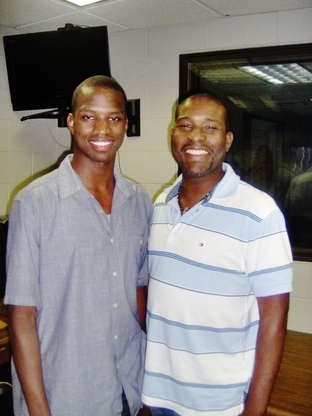 The Rev. Tommie L. Watkins- Prevention Specialist, AIDS Alabama
The first show of Late Nite With Ed Moore III aired on Friday, September 9, 2011 with the Rev. Tommie L. Watkins Jr, a former HIV/AIDS specialist for AIDS Alabama, a non-profit organization out of Birmingham, Alabama. The premiere show brought about an educative discussion regarding the pandemic of HIV/AIDS since its first nationwide scare in the United States back in the 1980's. Rev Watkins, who has performed work in HIV/AIDS testing for over 10 years, explained nationwide statistics on infected individuals, the difference between HIV & AIDS, internal bodily progression from HIV to AIDS, symptoms of HIV/AIDS, STD prevention tips and the stigmas associated with HIV/AIDS. The show also covered a wide array of American celebrities who have been infected with HIV such as NBA All Star Magic Johnson & Compton, California based rapper, Easy E. The premiere show also brought insight to HIV/AIDS as it pertained to the homosexual community. Ed said his reason for doing the first show on HIV/AIDS was because a friend of his from Birmingham died of AIDS related complications just days following creation of the show.

"Never place your health in jeopardy for the sake of another human being and another's for yours..."  -Ed Moore III