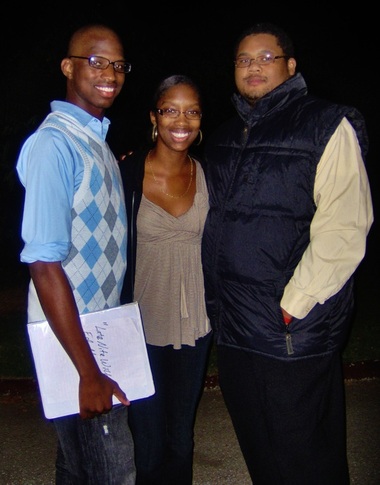 (L-R) Shanidah Salley and Michael Hines
Michael Hines, a secondary education major and Shandiah Salley, a psychology major, together tackled the issue of a forever epidemic among young people that is called bullying. There were discussions on a number of well known American cases involving teen suicide as a result of frequent bullying or taunting. These cases included that of 15 year-old Phoebe Prince of South Hadley, Massachusetts and 18 year-old Rutgers University student, Tyler Clementi. Conversation also arose of the Virginia Tech Massacre, in which further research revealed that Cho Seung-Ho, the undergraduate student responsible for the massacre, was taunted in high school. This may possibly explain the built up anger he exhibited in the self made home videos he released to NBC News shortly before the rampage occurred. Also conveyed during the show was background information on the Columbine High School massacre and sources which said the perpetrators were psychologically deranged rather than victims of bullying.  The Rev. Kevin Edward Taylor (pictured below) gave us an in depth perspective on his life as a bullied and harassed child and provided techniques on how to overcome situations involving persistent and intentional harassment. He discusses his spiritual outlook in the area of bullying and where this type of behavior originates. During the show, Rev. Taylor discusses the significance of such behavior, whether acted on or upon, may have on an individual later on in their adult life. During the show, Ed mentioned how he too, was a bully to others during his childhood and expressed his sincere regrets in participating in that type of behavior. Rev. Taylor, who is a former producer for Black Entertainment Television (BET) was an individual scheduled to be on the doomed flight that killed R&B star, Aaliyah on August 25, 2001. He was asked to give up his seat at the last minute.

"We all have been the intentional horror of somebody's day. It is learning not to do it that matters in the end..." -Ed Moore III 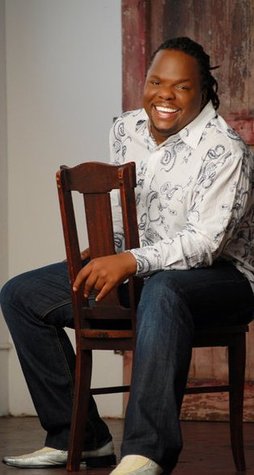