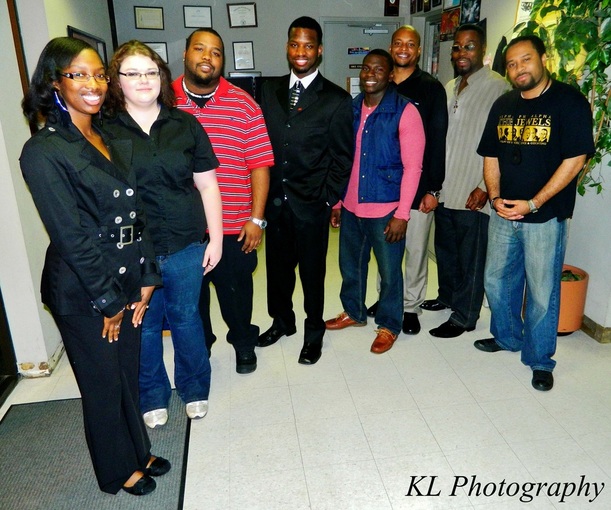 (L-R) Shanidah Salley, Megan Caraway, Corey Henderson, Cortez Etchison, James Jones, Clifton Edwards & Seyram M. Selase
An influx of television and radio broadcasters from across Northeast Alabama as well as a psychology student, convened at WLJS Studios on the night of February 17, 2012 to pay their respects and give tribute to the world renowned queen of pop, Whitney Houston, who was discovered dead in a Beverly Hills, California hotel six days earlier. The world was taken for an emotional and whirlwind roller-coaster of unexplainable emotions in regards to the sudden and tragic passing of Houston. Alabama television broadcasters, James Jones, Clifton Edwards and Seyram M. Selase, expounded on the difficulties of being in the public eye within the media and entertainment industry, the importance of having individuals with your best interest at heart close by to reel you in when it's appropriate, as well as the many challenges money and notability present in the judgment of individuals that surround people within this industry. WLJS broadcasters, Megan Caraway, Corey Henderson and Cortez Etchison provided the listening audience their favorite moments of Houston during their childhood and what the superstar meant to them individually, as well as issues surrounding the paparazzi industry and its effect on people. Jacksonville State University psychology student, Shanidah Salley, who was a guest from season one, presented recommendations on how to cope with deaths of this nature, deaths in which the individual did not necessarily know the deceased. Salley also explained reasons as to why individuals in the public spotlight seek methods of comfort and healing that could potentially be harmful to them or their careers rather than the appropriate therapy necessary. On Saturday, February 11, 2012, the night before the 54th Annual Grammy Awards, Houston was found unresponsive in the bathtub of her 4th floor hotel room at The Beverly Hilton Hotel in Beverly Hills, California. Soon after paramedics arrived and attempted to revive her, she was pronounced dead at the scene. On March 22, 2012, The Los Angeles County Coroner's Office revealed that Houston's death was a result of accidental drowning, cocaine use and heart disease. She was 48 years old. 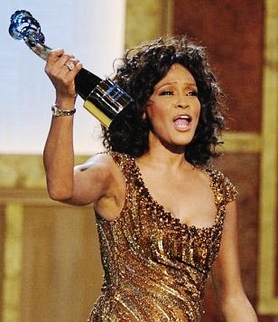 Houston accepts an award at the 2010 BET Hip Hop Honors 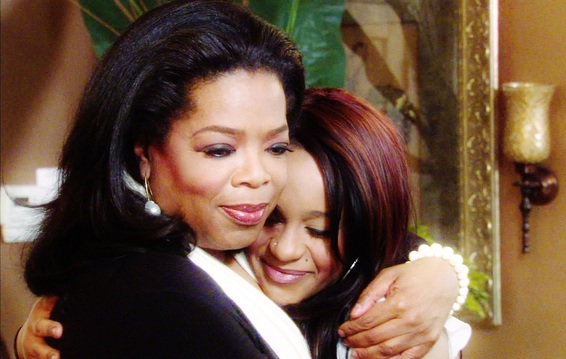 Houston's daughter, Bobbi Christina, being consoled by the queen of talk, Oprah Winfrey after an exclusive interview less than a month after her mother's death 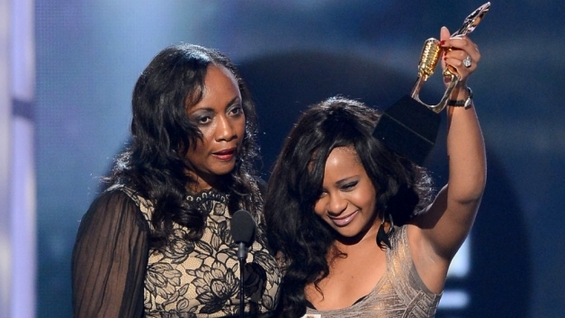 Houston's daughter, Bobbi Christina, alongside her aunt, Patricia Houston, accepts "The Millennium Award" on behalf of her mother at the 2012 Billboard Awards 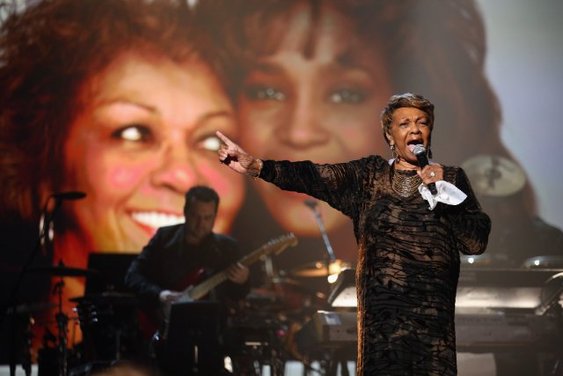 Houston's mother, Cissy Houston, pays tribute to her daughter at the 2012 BET Awards, singing "Bridge Over Troubled Water"
"All through the Grammys, I was waiting for Whitney to walk out on that stage any minute and tell the world that she was o.k. When she didn't, I knew then it was true..." - Ed Moore III 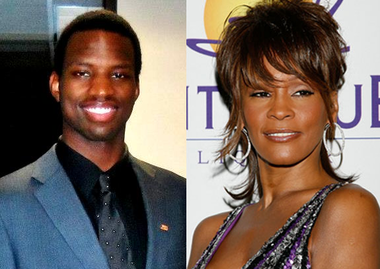 "The staff in the Office of Student Life was saddened to hear of the passing of Whitney Houston. Many of the staff members grew up listening to her music and continued to support her through her addiction. Her voice will never be forgotten and the talent she brought to the music industry will always be respected."   - Terry Casey, Director of Student Life, Jacksonville State University

"The world has lost and will miss the lovely voice of the late Ms Whitney Houston. We are haunted by things that happen in life and may never
understand. She will be missed by many."   -Myrtice Collins, Department of Music, Jacksonville State University


"It is with sadness that we mourn the loss of the beautiful, talented, cultural icon, Whitney Houston. The world is mourning the premature and unexpected death of a gifted singer and a loving mother, wife, daughter and friend. It is my hope that Whitney's family will be lifted up by the prayers of her fans and that her musical influence and contributions to society and will be forever remembered."                                                    -Julie Nix, Director of Counseling Services, Jacksonville State University

"Whitney Houston was much too young to have her life come to this tragic end. She was a phenomenal singer, whose voice will long be remembered as one of the very best of all times. Her music, thankfully, lives on as an enduring legacy of her talent. May she rest in peace."          -Rebecca O. Turner, Vice President, Jacksonville State University