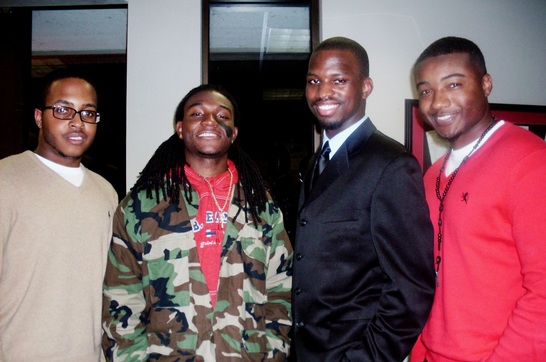 (L-R) Jordan Matthew Chubb, Alton Daniel and Samuel E. Pugh
Jacksonville State University sophomores, Jordan Matthew Chubb, Alton Daniel and Samuel E. Pugh brought insight to the world of music and it's psychological effects on the mind. Discussions such as misconceptions with certain genres of music, the importance of musical diversity, emotions associated with specific genres of music and the effects certain music can have on the intelligence of an individual, were brought about. During the show, Ed mentioned that Jennifer Hudson's 2011 album, I Remember Me, helped heal him of the depression connected with a friend of his from Birmingham who died of AIDS earlier that year. He maintains that it helped him recognize the fact that Gospel or Christian oriented music aren't the only types of music that can provide healing and encouragement.

Click Here To Preview Jennifer Hudson's I Remember Me album