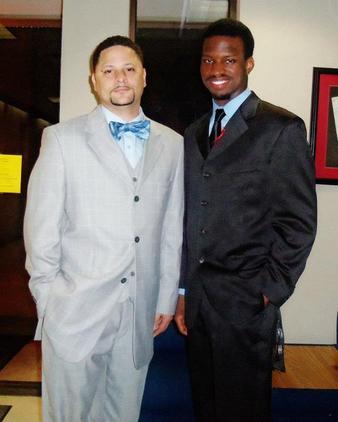 Calhoun County, Alabama NAACP Chapter President - David E. Reddick
"The Trayvon Martin Rebroadcast" provided a chance for Late Nite With Ed Moore III to discuss the ongoing developments in the controversial Trayvon Martin case. Along with Calhoun County, Alabama's NAACP Chapter President, David E. Reddick, he and Ed went in depth to pull apart and analyze the newest information to come about in the Florida case since the March 23 airing. Throughout the course of the show, the gentleman discussed more about race relations, stereotypes, the responsibility of police departments as well as other racially controversial stories in America. During the show, Ed admitted that the Trayvon Martin case had struck an emotional nerve, prompting him to become more responsive in viewing individuals beyond their first appearance.